Stop migraines in their tracks with Sumatriptan, the fast-acting migraine and severe headache relief treatment. Sumatriptan relieves common symptoms including: pain and pressure in the head, increased sensitivity to light or sound, nausea and vomiting. 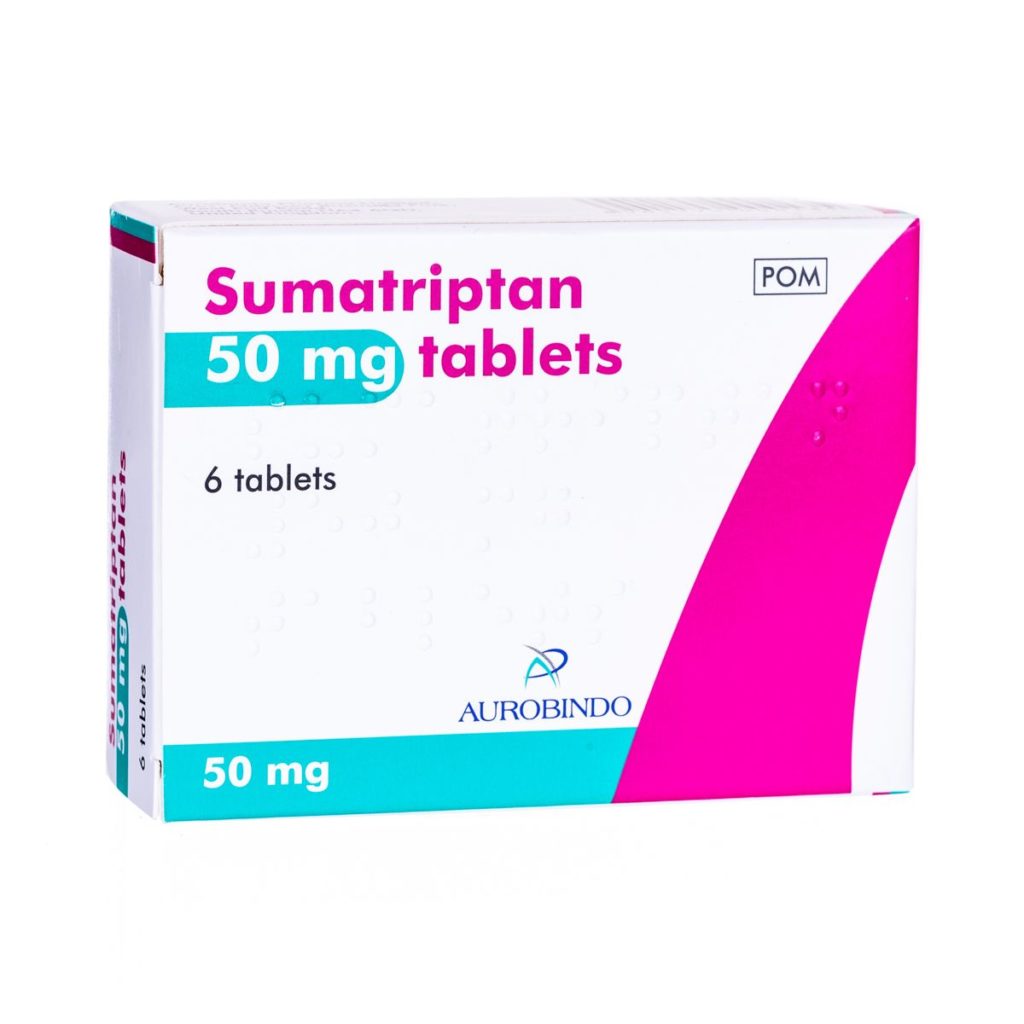 Depending on how severe your condition is, your doctor may prescribe lower or higher doses. Typically lower doses such Sumatriptan 50 mg are used for long term treatment plans, where it is desirable to find the lowest effective dose. Meanwhile, a higher or highest dose is used for acute, life threatening conditions, when a rapid treatment response is required.

This won’t apply to Sumatriptan 50 mg and Sumatriptan tablets as they won’t be used for life threatening conditions.

Sumatriptan tablets are not recommended in children and adolescents.

Recommended Sumatriptan Dosage for the Elderly:

Sumatriptan tablets are not recommended for this age group.

A doctor may prescribe Sumatriptan 50 mg.

Taking Ibuprofen and Sumatriptan together should be fine. If a first dose of Sumatriptan tablets doesn’t work, it’s fine to take a painkiller containing aspirin, paracetamol or a non-steroidal anti-inflammatory drug (NSAIDs), including ibuprofen.

If you are unsure whether you should take Ibuprofen and Sumatriptan together, be cautious and speak to your doctor first.

It can be used to treat several types of migraine, including:

Triptanes are a group of medicines that are used to ease symptoms of a migraine or cluster attack. They include almotriptan, eletriptan, rizatriptan etc.

How Does Sumatriptan Work?

When someone experiences migraine symptoms, it’s believed that his is caused by the widening of blood vessels in the head, albeit temporarily. Taking Sumatriptan tablets is understood to reduce the widening of these blood vessels and constrict them, helping relieve the headache and other symptoms of a migraine attack.

Consuming alcohol also increases the chance of triggering a migraine or cluster headache. We would not recommend taking Sumatriptan and alcohol together, even though it’s safe to do so.

Like with all medicine, Sumatriptan Side Effects can occur but these aren’t experienced by everyone. If you experience any of these Sumatriptan side effects, especially if any of them are getting progressively worse, immediately stop and speak to your doctor as soon as possible.

Below is a list of Sumatriptan Side Effects experienced more, or less when people have taken Sumatriptan tablets. For a full list, please refer to the patient information leaflet.

If you experience any of the following allergy symptoms, stop taking Sumatriptan tablets immediately and contact a doctor.

Follow the advice given to from your doctor or specialist about Sumatriptan pregnancy.

Can You Take Paracetamol with Sumatriptan?

We are often asked “Can you take Paracetamol with Sumatriptan?”

Yes, if a dose of Sumatriptan doesn’t help relieve the symptoms of a migraine, it’s fine to take a painkiller containing paracetamol.

If you have any further questions regarding can you take Paracetamol with Sumatriptan, speak with your doctor or pharmacist.

When to take Sumatriptan

If your symptoms start to come back
• You can take a second Imigran tablet if at least 2 hours have passed since the first tablet.

If the first tablet has no effect
• Don’t take a second tablet or any other Imigran preparation for the same attack. Imigran can still be used for your next attack.

Sumatriptan is not affected by food, so you can take it with or without food alongside it. If your first dose has absolutely no effect on your symptoms, do not take another dose for the same migraine. Instead, contact your pharmacist or GP for further advice.

My Pharmacy is the Best Place to Buy Sumatriptan UK Online in 2020. To order Sumatriptan 50 mg and 100 mg Online in the UK you are required to have a prescription, which you can acquire with our free online consultation service.

Through My Pharmacy you can Buy Sumatriptan 50 mg and 100 mg Tablets UK Next Day Delivery. Each treatment is sent out in secure and discreet packaging ensuring that you get your medicine on time and intact.

Sumatriptan Over The Counter

Yes and no. Sumatriptan over the counter is not available if you haven’t previously been diagnosed with migraines. Sumatriptan tablets are a prescription only medicine and requires your GP to prescribe it for you.

If you’ve been previously diagnosed with migraines, Sumatriptan over the counter is available from most pharmacies.

‘I get migraines. I get a monthly repeat prescription. I reordered and the doctor’s surgery made an error so I didn’t have a supply and I was low on them. Lockdown meant another long delay after they sorted it. I found my pharmacy online, ordered in minutes and got a small supply in a few days. Thank you!’

‘Excellent, discreet, and quick. Would not hesitate to recommend the services of this company.’

Sumatriptan tablets are one of many different migraine treatments we have available at My Pharmacy. Before changing treatments you should consult with your doctor and try to find the best Sumatriptan alternative for you and your migraine severity.

You may want to consider some of the following as a Sumatriptan alternative: